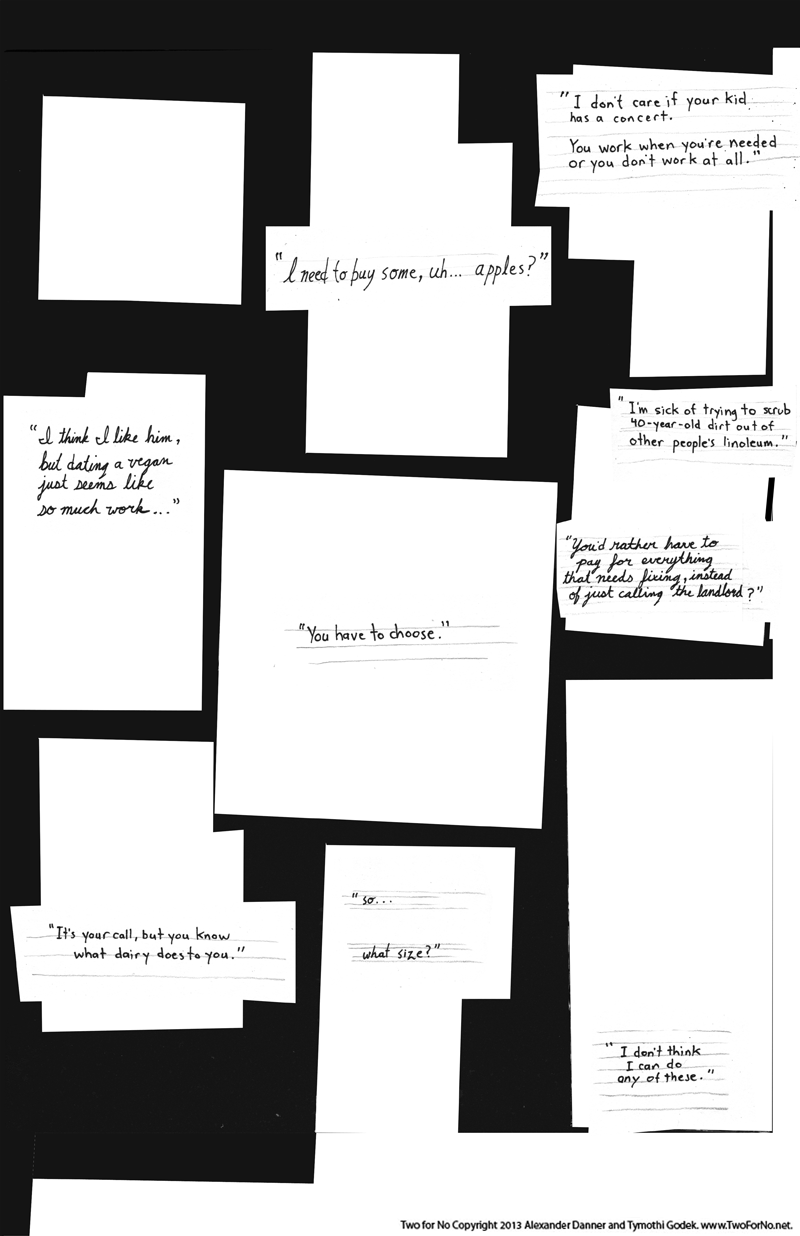 I mentioned that I like to try different approaches and treatments with each of the TwoforNo scripts Alexander sends me. I try to leave room for the process itself to guide the final look of the strip. Sometimes I’ll try something that, for whatever reason, just doesn’t work out. Sometimes I go through several versions of a strip before it feels right. I get a lot of outtakes.

This version of last week’s Paper or Plastic? isn’t quite an alternate, abandoned version of the strip, but it is a byproduct of the process-driven approach I take. I made this after we posted the “real” strip last Tuesday, out of the “scraps” of the original process. It was a path I found interesting, so I followed it, even though it may not ever be of any use or interest to anyone but me. It’s a striking design, I think, and a worthwhile exercise in negative space (both visually and narratively, in the absence of image cues). It’s harder to read, as a comic, and leaves much more up to you. Note that, while it does follow Alexander’s script, it doesn’t adhere to the guidelines for a “Ubiquity,” and therefore does not follow the tenets of this series in general. It breaks “the rules” and doesn’t fit the concept of the series. But I think there’s a bit of poetry in it that I like.

I’ll add here that something has been made of the impetus toward poetic form in the genesis of these strips. I like what we do here, and there’s something to be said for the rigors of constraint. But poetry is not just rules of verse, and I don’t know that I’d call TwoforNo comics-poetry.

Sometimes the detours we take in making these strips, giving ourselves the room to break rules and stretch limits (both our own and those generally accepted), can maybe get us a little bit closer.